It was a lovely warm day in September to have the DM at Hisingsparken. It was great to see Erik A who showed up well before the time to meet. He as missing from action for many months. Lars R being on schedule had to park some distance away, as parking was full. Without the help of Lars R, setting up this hunt would have been difficult. As he helped out taking the additional equipment. Thanks Lars R!

The tracks are pleasing to run. Going from 2-5-1-3-4 took around 6.9 kms when planting the foxes. There were people everywhere, especially those who were hunting for mushrooms!

Unfortunately or luckily there were at least two people for the DM. Looking at the map, I think Erik took the optimal route, coming in first at 1 hour and 1 minute while Lars took in 1 hour and 37 minutes. It was great to follow the hunter count, as it felt like a football commentary as to where the competitors were and in what order they are taking.

I felt like I should have kept fox 2 and fox 4 at equal distance such that they were equally loud. But then, that would have been easily 7.5+kms. Potentially, taking more than 2 hours if senior competitors took them by walk.

Finally, at the awards ceremony, it was strange to be other end of trophy, handing it out to the winner.

Update: Now with Erik Sandwall’s optimum route calculation, it appears that Erik A took the optimal path with 4-3-2-5-1 with bird’s flight distance of 3093 meters while the 2nd shortest route was 2-4-3-5-1 with 3096 meters. For the second shortest route, I guess one would have to swim across slätta damm 🙂

It was great to see the junior Sandwalls and Lars Q with excellent September weather at 14 C.

Do not forget to bring your headlamps and spare lamps

The start to fox 3 was really bad trying to navigate through the tough Torslanda terrain. Bad choice. After that the run to fox 4 on top of tough mountainous terrain was good.  Then, going from fox 4 to fox 1 seemed difficult with hard to spot running tracks. It took a while to get on a track. Once found, it was good run to fox 1. Then, it was cruising until the track that lead on to the right way. A big mistake was made for not crossing a small stream. It costed more than 3 rounds of transmission for fox 5, trying to go beyond the houses but never seem to find an entry point. Shifting gears to fox 5 once on the right track. There was another competitor relaxing after catching this fox. As it was 1.5 hour event but we had a delayed start of 15mins. Final dash to fox 2 was something to catch in the last transmission.

The screens were well hidden and the approach to most of the foxes was unidirectional, i.e., there was usually just one way to get to the fox.

ps: Radio transmitters are called foxes in this sport of radio orienteering. 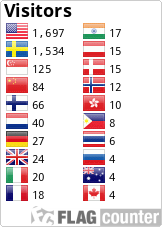